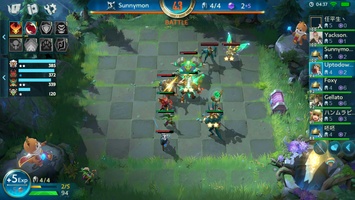 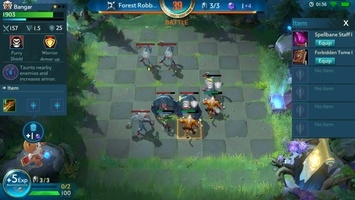 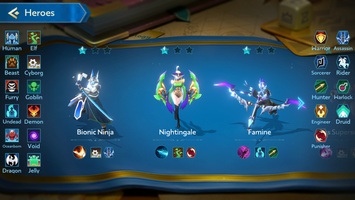 Advertisement
Chess Rush is an RTS duel game that's openly inspired by the incredible Dota Auto Chess and other similar games. This sub-genre, just like DOTA itself was created as a 'mod' of a larger game. You get to face other online players during a number of very peculiar battles.

Combat systems in Chess Rush is a lot simpler than it may seem at first glance. Combats are divided into two phases: during the first phase, use your money to buy new armies and place them over the battlefield. During the second phase, however, you witness battles (which last a few seconds). Depending on the outcome, you'll earn more or fewer coins that you can use to buy new troops, or opt to upgrade the ones you already have. The player that has the most points at the end of the rounds, wins.

Chess Rush includes more than 50 different heroes, each one of them includes their own features and special skills. Make sure you learn how to master those skills. A lot of your troops' skills let you create synergies with your heroes, so learning how to combine them becomes essential if you want to win the most challenging battles. Another important aspect is that if you get three of the same type of hero, you can fuse them to create a more powerful unit.

Chess Rush is an excellent variant of auto chess for Android, which stands out visually and includes a huge amount of heroes available. We're talking about an outstanding game, that's up to par with the rest of the Tencent games. Enjoy thrilling 20 - 30-minute matches.
Reviewed by Andrés López Translated by Beatriz Escalante
Advertisement

Why is this app published on Uptodown?
(More information) 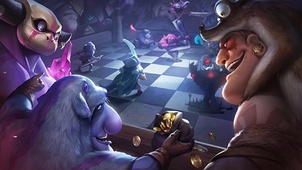 Car Parking Multiplayer
Drive around an extensive map for a realistic parking experience
Clash of Clans
Crush enemies and lead your clan to glory
Mobile Legends
An excellent, but shameless, League of Legends clone
Scary Teacher 3D
Escape the terrifying teacher!
Clash Royale
Clash of Clans characters face off in epic duels
Bus Simulator Indonesia
Drive a bus through Indonesia with this simulator
Vegas Crime Simulator
Try not to get caught breaking the law!
Clash Mini
Play with tiny Clash of Clans characters

Little Panda Earthquake Safety Tips
Teach your little ones how to act in case of an earthquake
Cooking hamburgers for drivers
Run a restaurant and feed hungry drivers
drbDrif2
CyberSphere Online
Lemon Box
Open Brawl Star boxes for posibilities
Tarneeb 41
Show your best cards in order to win
Ramasjang
Troll Face Quest TV Shows
The pranks are back, this time on your favorite TV shows